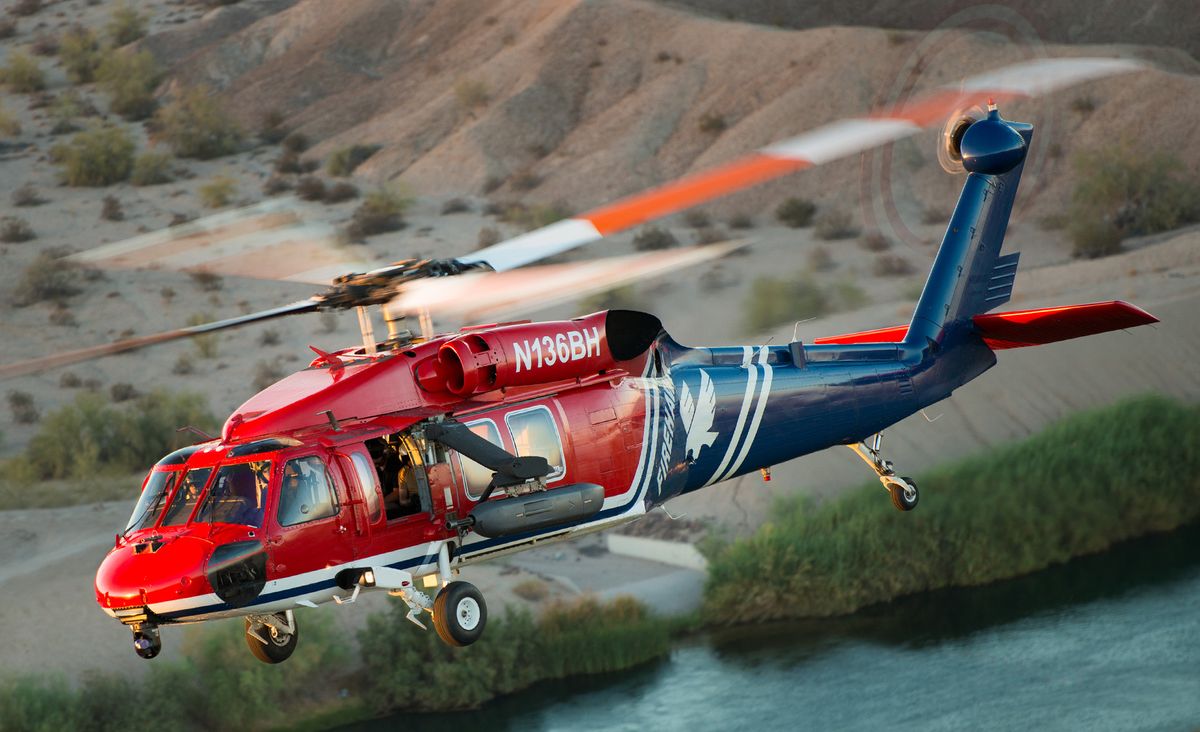 I felt awfully privileged to have been asked to work up this story for Vertical 911. This was to be a 'proof of concept' project, taking a standard utility/firefighting Black Hawk helicopter and quickly re configuring it into an armed medium attack helicopter, (the article can be found in the 2017 HeliExpo edition of Vertical 911).

After a leisurely 2 1/2 hour drive from my place in San Diego, I arrived at the project headquarters, a rather isolated, nondescript hangar at the Yuma AZ International Airport. Inside, a brightly painted civil Black Hawk provided by Firehawk Helicopters was in the early stages of the transformation. Teams of engineers from over a dozen aerospace and engineering companies and weapon manufacturers were quietly going about their business.

I was admittedly a bit tentative wondering how long it would be before some project manager would see my camera bag and confront me. But to my surprise I was warmly welcomed and given a comprehensive brief as to what was happening and schedule of the week's events. By early afternoon the project manager tracked me down to tell me, in spite of the elevated work tempo to prepare the aircraft, they were planning to launch the Black Hawk later in the day for a dedicated air to air photo shoot for me! YEA!

Twenty minutes before sunset we were ready to go. I secured myself into the back of a MD500 with all the doors removed. We launched from the airport as a flight of two and headed north into the desert.

By the time we arrived where we wanted to shoot the sun was rapidly setting and I knew we only had a few minutes before we lost the light. We had time to set up most of the shots we discussed and I was feeling like I had what I needed for the article. But when we concluded the shoot and broke our echelon formation the Black Hawk dropped down to fly along an irrigation canal before turning back to the airport. This image, with the last rays of sun glinting off the nose, was the second to the last frame of the day and perhaps my favorite.

The Vertical magazine story that goes along with this is linked here - https://verticalmag.com/features/gunship-to-go/