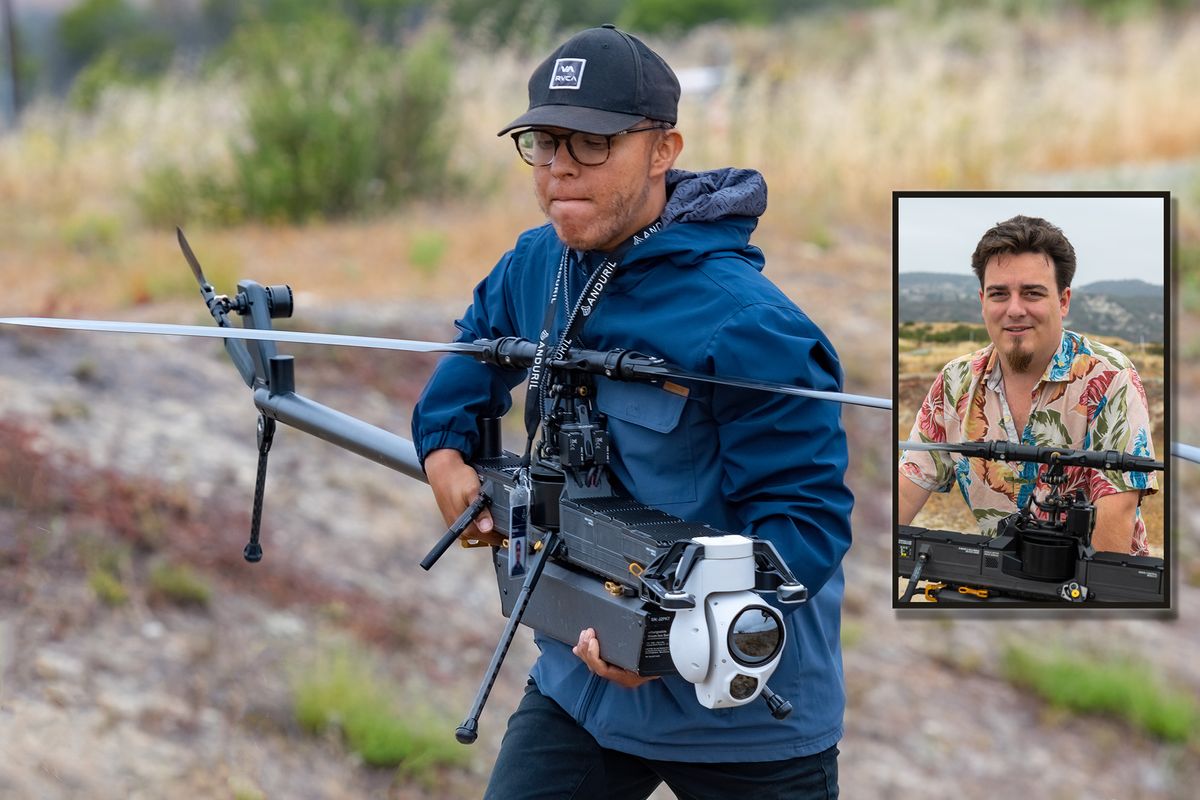 One of the really cool thing about some of my magazine and photography gigs is the opportunity to meet and spend time with some really interesting characters.

So, a month or so back, another writer for Vertical magazine, Brent Bergan, invited me to join him to help out with some photography for an article he was working up. It sounded interesting so I jumped at the chance. Besides, I hadn't seen Brent in several years and we've never had an opportunity to work together.

Prior to the shoot date, Brent sent me the draft of his article so I could better understand what the project involved. I would be photographing a new drone that resembled a traditional helicopter, although much smaller. Dubbed the Ghost 4, it reportedly possessed some pretty remarkable high tech capabilities and utilized artificial intelligence and targeted at the defense industry for battlefield surveillance.

While the technology and capabilities of this new drone certainly piqued my interest, it may have been learning about the company's young founder that was particularly interesting.

He started out in his teens as a hard core computer gamer. He was, however, never satisfied with the game platforms or the controllers. Luckey and a childhood buddy were consumed with tearing into the devices to tweak them so as to enhance the overall gaming experience.

By his late teens, Luckey founded his first business Oculus VR, having designed the Oculus Rift Virtual Reality, (VR) head mounted display. At nineteen, he sold his technology to Facebook for $2.4 billion.

With these VR head displays, Luckey taught himself to fly helicopters which would come in handy. You see, after the Oculus Rift sale, he used some of the proceeds to purchase nine helicopters for his personal use including a Sikorsky Black Hawk.

Over the next few years, Luckey went on to innovate other tech pursuits which ultimately led him to create Anduril Industries, a high-tech company dedicated to 'Transforming the U.S. and allied military capabilities with advanced technology.'

So on this day, I met Brent at a very secure looking gate at the end of a remote cul-de-sac in Orange County CA coastal foothills. We were met by a representative from Anduril who led us through the gate and up a winding asphalt road to the company's test facility. I could tell there was lots of money and lots of technology associated with this place but everyone was exceedingly casual and welcoming.

The engineers at the site were eager to show us the Ghost 4 and explain a little about it's capabilities and generally ways the technology can be integrated into a battlefield. Again, truly remarkable stuff...

It was about an hour into our visit our host arrived. Luckey, slowly walked up the dirt path wearing his trademark flip flops, cargo shorts and Hawaiian shirt. He was very personable and engaging as he greeted us. Perhaps almost unassuming.

For the next several hours he talked to us about his background, his early business pursuits, and of course Anduril and the Ghost 4. As he talked I remember thinking, damn, this relatively unassuming kid is an exceedingly high functioning individual!

At the end of our visit, we all walked together back to our cars in the dirt parking lot where Brent and I thanked Luckey and his crew for the hospitality. As I climbed into my vehicle, I watched in Luckey walk past and get into a Mini Cooper parked next to me!

Then it struck me; this 'kid' has made his own way in the tech world, accumulated significant wealth and resources, possesses a strong sense of patriotism and love of his country yet drives himself around in a Mini Cooper. Who does that?

Anyway, it was a project I don't think I'll soon forget and meeting this brilliant 'kid' was definitely the highlight.

I invite you to take a minute and read Brent's entire article in the summer issue of Vertical Valor, (linked below). The story begins on page 41... https://issues.verticalmag.com/554/766/1745/Valor-Summer-2022/index.html