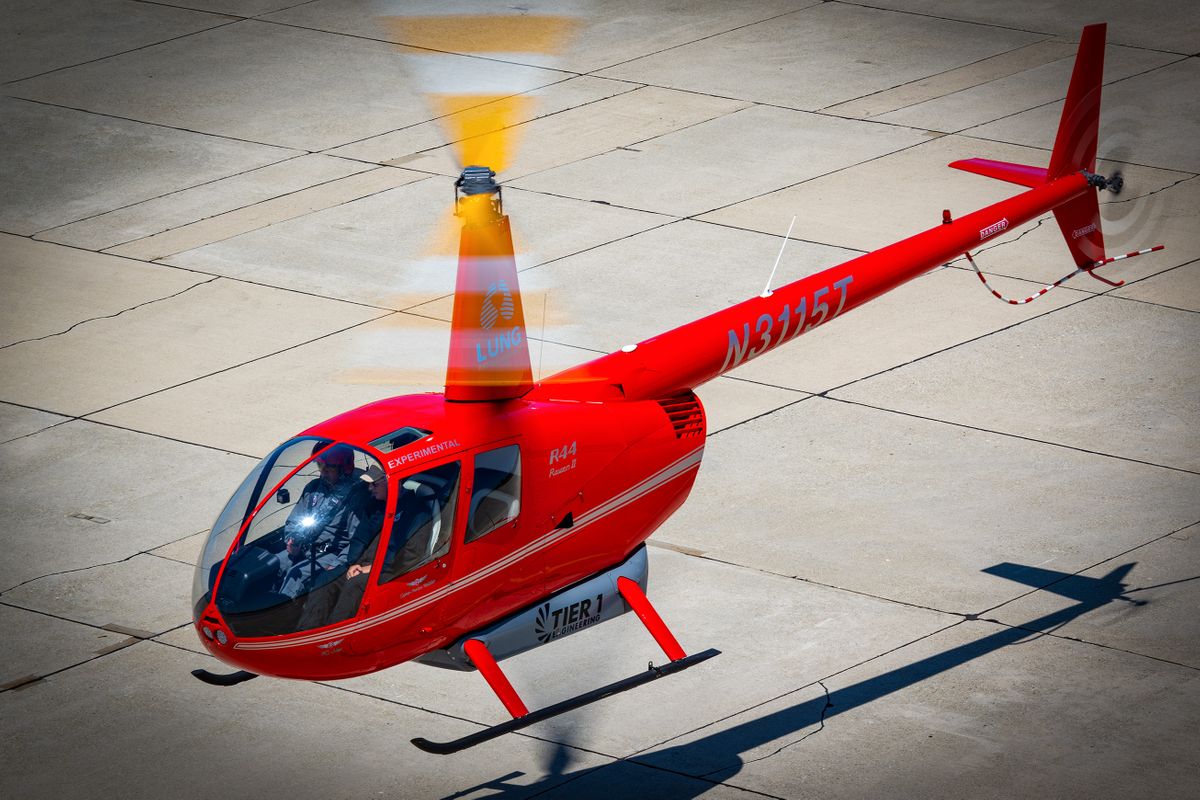 This past June I was contacted by Tier 1 Engineering, a small aeronautical development group from Orange County, CA. They explained they were several years into development of an electrically powered helicopter and were wanting photos for media promotion.

The aircraft is built upon the popular Robinson R44 Raven II air frame, however the traditional Lycoming piston engine has been replaced by an electric propulsion unit, (EPU).

The aircraft made its first flight in 2016. Two years later, an improved variant set a Guinness World Record for the farthest distance traveled by an electric helicopter - 30 nautical miles to an altitude of 800 feet with an average speed of 80 knots. Since that record breaking flight, the aircraft had undergone more engineering and modifications to improve performance.

I was invited to see the 3rd generation variant, now powered by the magniX electric propulsion unit (EPU). It first flew just a week before my visit. So of course, I was pretty excited to have been invited to witness and photograph such a revolutionary aircraft.

Arriving at the demonstration site I met Tier 1 president Glen Dromgoole. It was a very relaxed and informal setting as we walked to the aircraft for my initial introduction. The aircraft was beautiful. The bright red paint was flawless and highly polished. Not necessarily the condition I'd expect of an engineering prototype. Affixed to the belly of the aircraft was a large gray pod that was beautifully engineered and integrated with the R44 air frame. (I'm a bit embarrassed to not being entirely clear of the exact purpose of the pod but I believe it housed the EPU batteries).

Upon understanding how the photos were going to be used, (as a vertical format magazine cover), we all agreed we could easily accomplish our goals by just lifting the R44 into a low hover. I then would fly in a second helicopter, slowly orbiting around to photograph the R44 from all angles.

There was no need to expend the extra time and money to do a full-blown air to air photo shoot. The client got exactly what they needed and I had a pretty cool opportunity to see some incredible technology!

UPDATE - On October 29, 2022, an aviation milestone was achieved when the fully electric-powered Robinson R44 helicopter engineered by Tier 1 flew from one airport to another. It was a 24-mile flight from Jacqueline Cochran Regional Airport in Thermal, California, to Palm Springs International Airport. The electric R44 flight was flown by OC Helicopters CEO Ric Webb and Martine Rothblatt, CEO of Lung Biotechnology and parent company United Therapeutics.