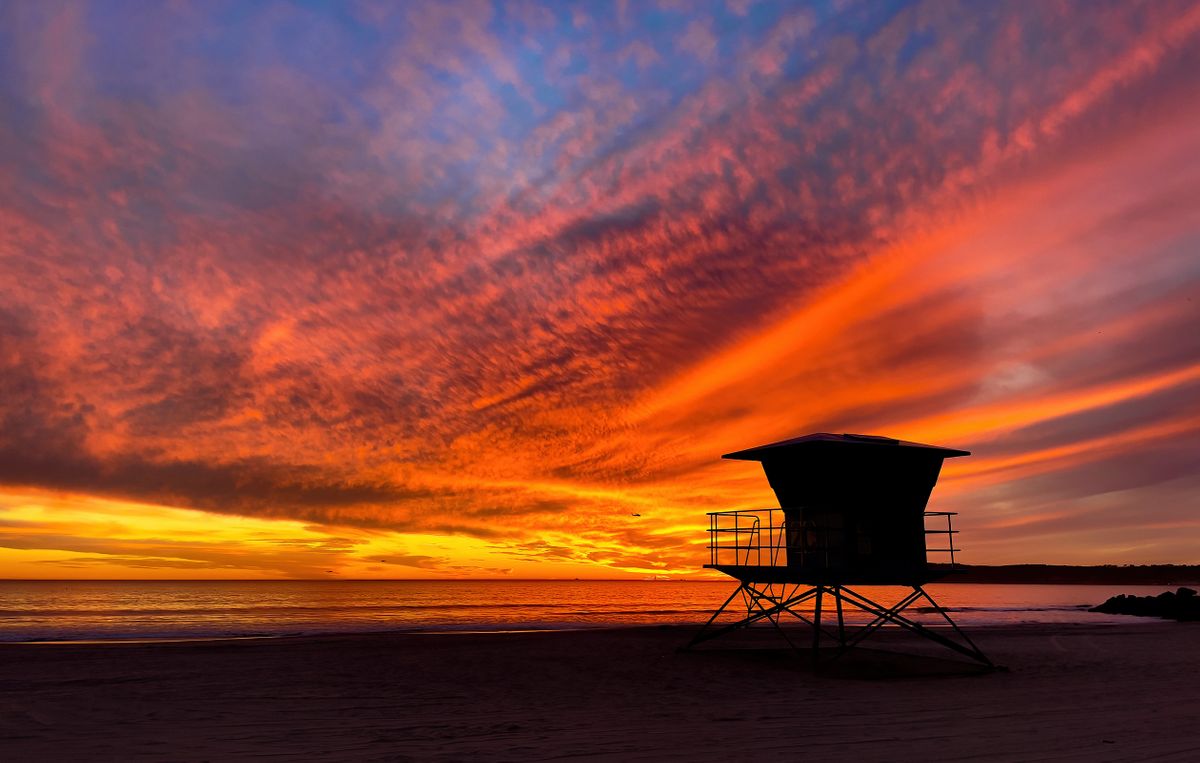 Admittedly, I quite often fall into the proverbial 'rut' when it comes to my photography. I suspect, because I'm most often working with my cameras, I seem to forget about them when I'm not working. I'm rarely 'inspired' to break out a camera, lenses and a tripod to do any 'recreational' shooting .

I'm pretty fortunate to live in an awfully pretty little beach town. So, last evening when I stepped out of the house for my usual late afternoon walk, the sun was still high in the sky and nearly completely obscured by clouds. I noticed, however, the clouds were very high in the atmosphere and as they spread out across the sky their edges were becoming wispy.

I've lived on the beach long enough to know when the sky is setting up for a potential 'show' at sunset. For a brief moment I had a conversation with myself - 'Dan, this is gonna be good. Run back and grab a camera and a tripod!'

Of course I didn't listen. I wasn't overly inspired and probably a little too lazy to go back. Instead, I continued on my walk, watching the sun slip below the gray cloud layer, across a sliver of clear sky before setting on the horizon.

Just as the sun disappeared, the magic began. Faint feathers of pink and orange began appearing across what was once drab gray clouds. Within minutes, the colors began to explode across the sky and I remember a sense of regret coming over me - 'DAMN, If I only had a 'REAL' camera!'

Thankfully, I did have my trusty iPhone tucked in my pocket which allowed me to capture a few frames. While this is only the beginning of 'sunset season' in SoCal, this evening's show was pretty special.

Oh, and if you look REALLY close, there are three Navy H-60s working offshore. So managed to be shooting helicopters anyway...