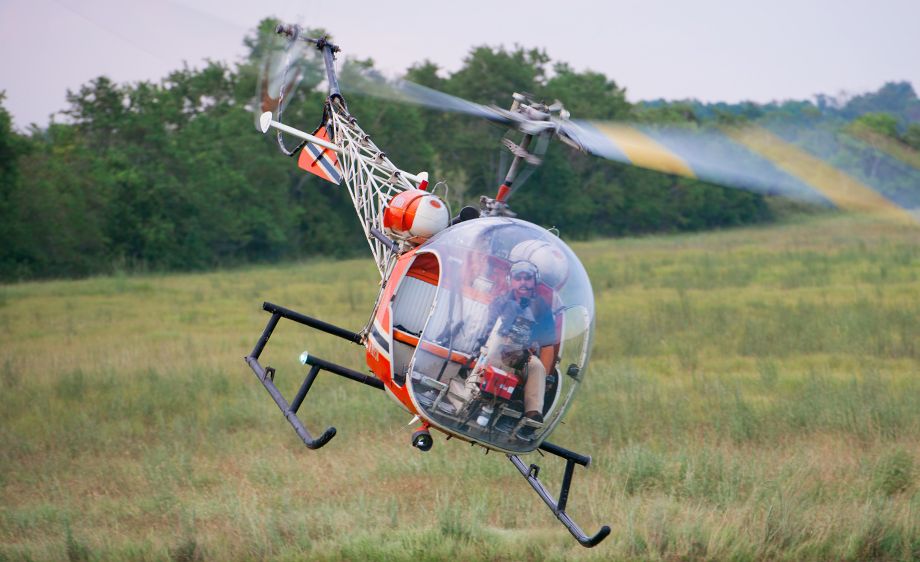 In working as a journalist in the helicopter industry I have the opportunity to meet all kinds of interesting folks. Some have been around since the earliest days of the industry. Others have have their fingerprints on significant aviation milestones. Then there are those who have just held a love of flying since childhood and have gone on to pursue their dreams. And through it all, they've created a highly successful business in the industry they love. These folks are inspiring and their stories are some of the best.

Case in point is Bob McCoy, president of Westwind Helicopters of Santa Fe TX who today operate more than two dozen helicopters, including fourteen Bell 407s and two Sikorsky S-76s, in support of the offshore oil and gas industry.

Bob's love of aviation goes back to his youth and hanging out with his grandpa who was a mechanic on ag-spray aircraft at a nearby airport. By seventeen, Bob earned his fixed wing license and spent his free time honing his skills in the air. In the early 1980, he embarked on a his first professional career working with the oil and gas industry on offshore rigs in the Gulf of Mexico.

It was around this time Bob's aviation interests turned to helicopters. He purchased an old Bell 47G which was in dire need of restoration. Over the next year he personally rebuilt the entire machine which allowed him to earn his ATP and ultimately his helicopter rating. He then began flying wildlife/cattle management jobs and agriculture spray work throughout south Texas while off-shift with his oil and gas job.

After twenty five years, Bob left the oil and gas industry and launched Westwind in 2008 with a single Bell 206, (The entire Westwind story can be found in the Dec 2016/Jan 2017 of Vertical magazine).

While visiting with Bob, I noticed a pretty Bell 47 tucked into his hangar alongside his working machines. He explained, while it wasn't his original Bell 47, it still brought back feelings of nostalgia and gave him that sense of exhilaration he felt with his first helicopter.

As we talked about the machine I could see the gleam in his eye and he soon asked if I wanted to see if fly. He pulled it from the hangar and fired it up. As I grabbed by camera, Bob was lifting off and then proceeded to school me in the fine art of ag-spray techniques. His fifty-something acre property adjacent to the hangar was ideal for the demonstration. And Bob handled the machine like a master utilizing subtle power management and control inputs to clear the treeline and the edge of the property.

In shooting helicopters, I try to avoid shooting too many frames in a 'wings level' attitude. I've always felt aircraft live in a dynamic 3-D world and, to me anyway, I prefer seeing them with a little 'attitude'... So here's to Bob and his beloved Bell 47, givin' it a little Texas attitude!